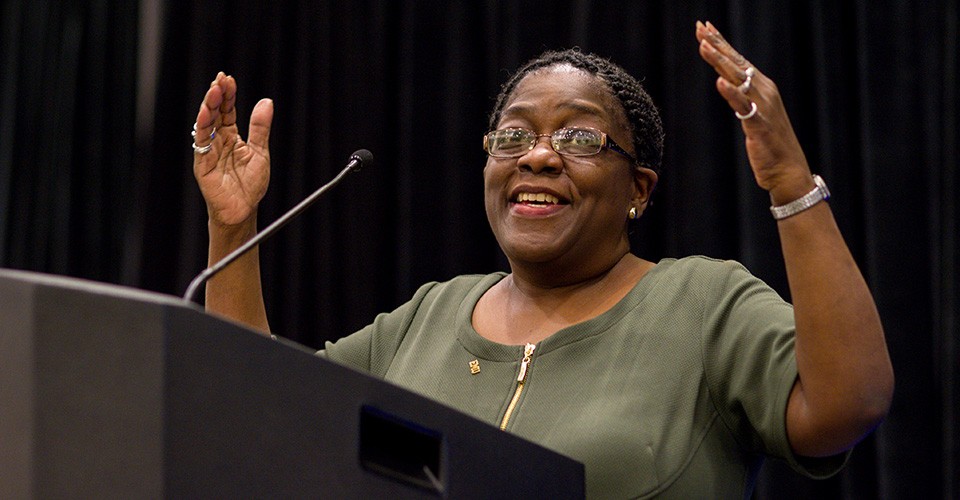 The EMU Board of Regents approved the renaming at its regular meeting on Thursday, Dec. 10.

The Quirk Building has been the home of The School of Communication, Media and Theatre Arts (CMTA) since shortly after its construction in 1958. The Quirk Theatre is one of the two theatres located in the Quirk Building.

Shortly thereafter, President James Smith formed a committee to address the historical legacy of the Quirk Building and Quirk Theatre, stating that the actions, which took place in the late 1800s and early 1900s, are not consistent with the values of EMU and its faculty, staff, and students who take classes and work in the building and perform in the theatre.

The committee included the Dean of the College of Arts and Sciences (CAS), the Director of the School of Communication, Media, and Theatre Arts (CMTA), CMTA faculty and staff, two CMTA emeritus faculty, a representative from the EMU Foundation, a CMTA alumnus, and a member of the Quirk family.

The committee undertook an extensive process that was guided by the processes that other institutions of higher education have followed when faced with similar decisions. Among other steps, the University in October 2020 issued a call on behalf of the Committee to the University’s faculty and staff, and to all current students, emeritus faculty, alumni and donors of CMTA, for suggestions to rename the building and theatre. The Committee received suggestions from 344 individuals, containing approximately 124 suggested names for the building and 138 suggested names for the theatre.

The Committee prepared a thorough and detailed report. Using the criteria and processes outlined the report, the Committee recommended that the building be renamed the “Judy Sturgis Hill Building.”

“I am deeply grateful to the committee members for their time and energy, and offer special thanks to the member of the Quirk family, for all their valuable insights throughout this process,” said Eastern Michigan University President James Smith. “This is an opportunity to live the mission and values of the University – and to celebrate the lifelong commitment of one of the finest individuals to graduate and then make a career at Eastern, the late Emeritus Professor Judy Sturgis Hill.

“We must continually challenge ourselves to face the injustices of oppression and to build a more accessible, inclusive and equitable campus culture.”

A national champion in forensics

Professor Sturgis Hill served in many roles on campus prior to passing away in January 2019. In addition to meeting the criteria, she represents the aspirational characteristics for which CMTA strives.

She was an EMU student, a member of the national championship Forensics team, a student activist on campus during the Civil Rights struggles, a resident hall adviser, a graduate assistant, a part-time lecturer, a recipient of a King-Chavez-Parks fellowship, a faculty member, a faculty in-residence (living in the First Year residence hall for a number of years to support students in their transition to college life), the Director of Diversity programs, the Interim Director of Office of Affirmative Action, the co-chair of the Martin L. King, Jr. planning committee from its inception, and co-Director of the Summer Institute for the Arts and Sciences.

Dr. Sturgis Hill was also EMU’s First National Forensics Champion, a recipient of the Alumni Teaching Excellence Award, a chosen faculty member to present in the Last Lecture Series, and a recipient of EMU’s Martin Luther King, Jr. Humanitarian Award. Importantly, she also has a direct link to the disciplines housed inside the Quirk building.