Eastern Michigan University Moot Court Program enjoys best year ever, excelling against many of the nation's elite schools in regional and national competition 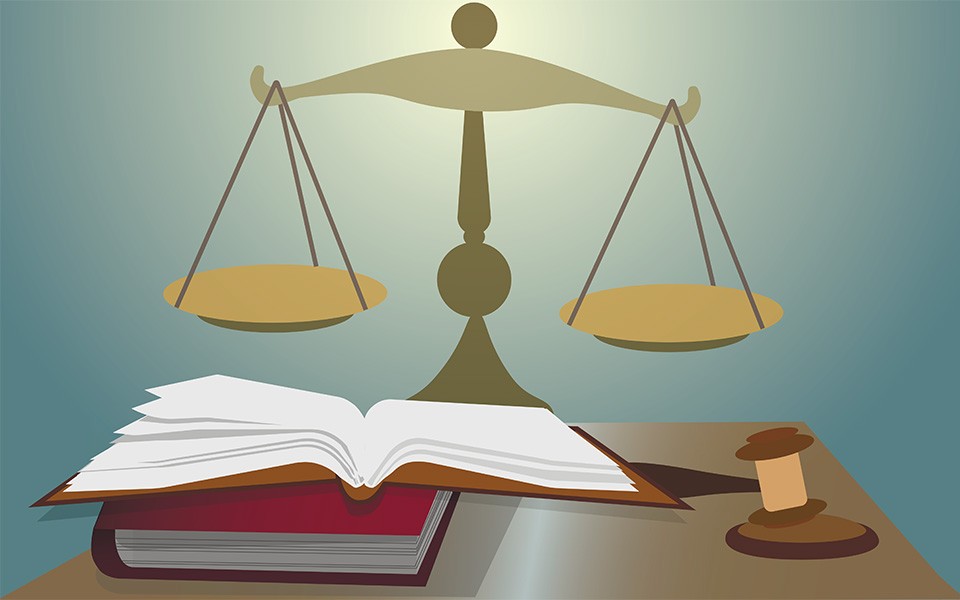 YPSILANTI – The Eastern Michigan University Moot Court Program experienced the broadest level of success this year in its distinguished history, with numerous competitors excelling in tough regional competition and two teams advancing to the national tournament.

The excellent showing by numerous EMU students comes on the heels of last year’s overall national title, won by Charles Graham III, a senior this year, and Kelsey Hall, who graduated. Team coach Barry Pyle, a professor of political science at EMU, says last year was wonderful, indicative of Graham’s singular talents, but that this year is even more satisfying.

“Last year was great, but to me, as an educator, this year was even better,” Pyle said. “There were so many people who did so well … It’s a whole panoply of students who don't get the press, but get the education and experience here at Eastern, and they take that with them into law school and enjoy powerful legal careers.”

EMU held its first regional Moot Court competition ever last semester, with 30 teams from across the nation competing virtually. More than 50 of EMU's alumni from around the country judged the competition, held in early November.

Eastern participated in its own event, along with two other regionals, fielding a total of nine teams of two students.

Pyle proudly notes that six of those teams, two at each regional, made it through the preliminary rounds and into the knockout rounds on the second day. Then two of the six teams earned bids to the American Moot Court National Finals, held virtually in late January.

Among students earning national bids were two students new to the program, Katlyn Collins and Meagan Putnam. Also advancing was Avery Wright, who attended last year's Nationals; and Graham, the defending national champion as well as the third- ranked individual oralist in the nation for 2020.

Collins and Putnam finished fourth at the Cleveland-Marshall Regional and Wright and Graham won the Great Lakes Regional with an impressive 12-2 record in a very strong field.

At the nationals, the team of Graham and Wright made it out of the preliminary rounds, losing in the highly competitive round of 32 by less than 10 points out of 400.

Competing and excelling against elite schools

“We lost a very close match in the round of 32,” Pyle said. “These tournaments are incredibly competitive. We're competing against schools such as the University of Chicago and Yale. As a whole, this year was more successful than any year we've ever had.”

Pyle serves as co-coach along with C. Robert Dombroski, a former student of his and a local attorney. Together, they’ve experienced great success over the last eight years in leading EMU’s teams in mock trail and moot court competitions. David Klein, a professor of political science and department head, also serves as an assistant coach.

Moot court simulates appellate court hearings. Students prepare arguments and make oral arguments as they compete while a group of judges act as active participants, questioning and arguing with the students. The biggest challenge for students is to answer the judges effectively.

Through engaging in simulations in competition with teams from other institutions, students develop critical thinking and public speaking skills, as well as a knowledge of legal practices and procedures.

Pyle, who has been coaching the Moot Court Program at Eastern for 25 years, said that Graham stands out as a special talent.

“He’s generally viewed as being the top academic team competitor in the country, both in moot court and mock trial,” Pyle said. “Charles is, literally, the best in the country at this.”

Yet this year in particular stands out to Pyle as epitomizing what EMU can do so well for so many students in such a program: Take the time to work with them and maximize their talent and enthusiasm.

“What we can do better than any other place is to take a student and not see them as a number but rather, get them in the lab, let them read poetry (whatever the activity) … and give them individual attention. I'm afforded the ability to do that based my release time (granted by the University). Not every place would do that.”

Founded in 1849, Eastern is the second oldest public university in Michigan. It currently serves nearly 16,000 students pursuing undergraduate, graduate, specialist, doctoral and certificate degrees in the arts, sciences and professions. In all, more than 300 majors, minors and concentrations are delivered through the University's Colleges of Arts and Sciences; Business; Education; Engineering and Technology; Health and Human Services; and, its graduate school. EMU is regularly recognized by national publications for its excellence, diversity, and commitment to applied education. For more information about Eastern Michigan University, visit the University's website.