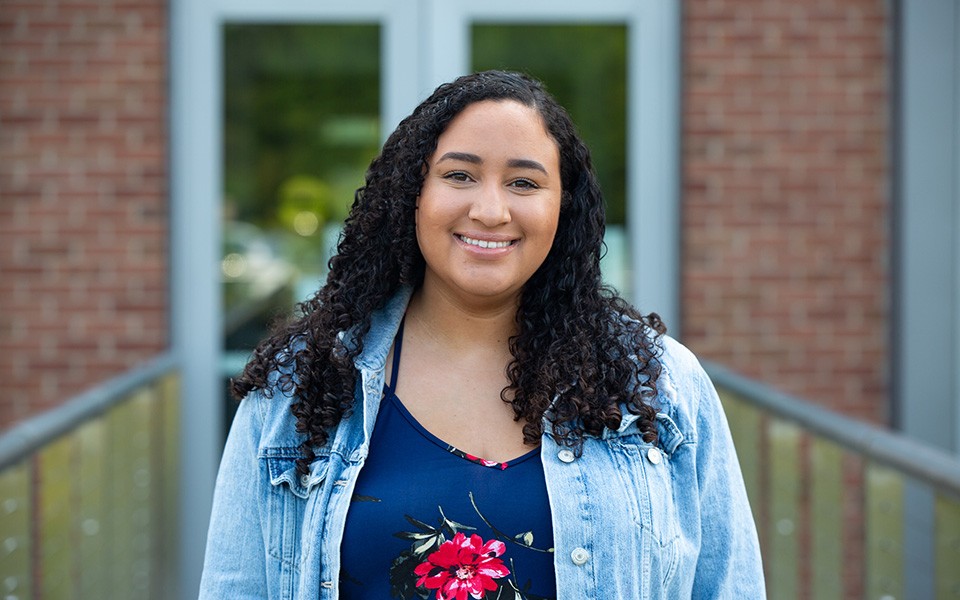 Jordan Wright, a graduate of the ECA program, finished her degree in health administration from EMU and is now enrolled in the nursing program.

YPSILANTI – Students enrolled in the Early College Alliance (ECA) program at Eastern Michigan University have a significantly higher four-year college graduation rate than other students in Michigan, Washtenaw County and across the state.

Black students enrolled in the ECA graduate college at a rate nearly 700 percent higher than Black high school graduates in the state of Michigan, according to data from the National Student Clearinghouse regarding students who finished high school in 2010.

According to the 2020 data, 72 percent of the ECA students who graduated from high school in 2010 had completed a four-year college degree within six years, compared with 42 percent for the county as a whole and 26 percent for the state.

Those contrasts grow even more striking regarding graduating ECA Black students, 76 percent of whom earned college degrees compared to 18 percent in Washtenaw County and 11 percent across the state for the measured time frame.

“ECA graduates complete college at a rate of nearly 300 percent higher than other students in the state of Michigan, and for black students, that number is nearly 700 percent. Those are stunning numbers,” says David Dugger, Executive Director of the Washtenaw Educational Options Consortium, which oversees the ECA@EMU.

“Our educational system has created a structure which perpetuates the notion that once a district graduates a student, that’s the end of the road for the local district. We don’t wear those time-based education blinders. At the ECA@EMU we focus on different metrics and ask a different question: ‘Are our students graduating from college?’”

In comparison to traditional public high schools, the ECA is in its infancy, established in 2007. Dr. Ellen Fischer, Principal of the ECA, says the program was developed on a sound footing and has not wavered from its five basic core principles:

• Providing access to college for all students who desire the experience.

• Having supports in place to transition students from high school to college.

• Strong relationships between staff and students.

“High expectations for all students can be the hardest thing for many educators to wrap their arms around,” Fischer says. “We teach academic content along with soft skills. Students have to show that they grasp both before we move them on to college classes. We don’t use grades to pass them along or to make them feel good. It’s real work, and we teach them what the next level of expectation is before they make the leap.”

Jordan Wright, a graduate of the ECA program, finished her degree in health administration from EMU and is now enrolled in the nursing program. She says the bar was set high at the ECA.

“The ECA knew it was offering me a big opportunity and didn’t want to give it to someone who wasn’t taking it seriously,” says Wright, who almost lost her position in the early college program. “ECA made me grow up. They made me take ownership and responsibility for my actions and taught me skills like time management and organization.

“The skills I learned in the ECA made college easy for me, and are why I had the discipline to get into the nursing program.”

From the ECA to a degree at Eastern

EMU President James Smith says the ECA program has been an asset to the University.

“The ECA program adds value to the University with the diversity of the student body, and for some students who find that high school is not a perfect fit, they find a good fit on our campus,” Smith says. “The other bonus is that many ECA students stay to finish their degree at Eastern.”

Smith is impressed with the college graduation rate for ECA students.

The ECA program at Eastern Michigan is the largest provider of dual enrollment credit-based tuition in Michigan for four-year institutions. The program offers a unique educational program designed to fully immerse high school-age students into the post-secondary learning environment. The program exists through partnerships with all nine Washtenaw County public school districts, as well as with Van Buren Public Schools.

Participants earn up to 60 college credits at no cost to the student or family while they are still in high school. The ECA is designed to offer flexibility, and to meet the educational needs of strong, academically focused students, as well as provide an alternative for students who are either struggling or don't feel connected to their school.

Dugger says that the ECA data shows that achievement gaps can be eliminated and the growth of middle college programs is promising.

“Achievement gaps are created by systemic inequalities and exist because the system creates them. It’s important for educators to redesign systems where everyone can achieve,” Dugger says.

“When the ECA started, it was one of six middle college programs in the state and now there are over 150. More students are looking at dual enrollment or options like early middle colleges; research points to the more college credits you have in high school, the more likely you are to complete college. Transformation of high school is happening.”