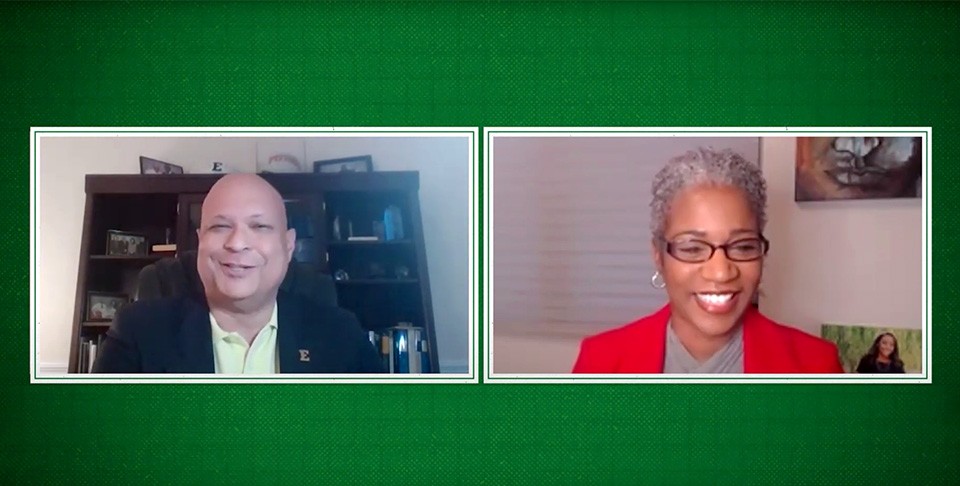 YPSILANTI --  The latest episode of EMU Today TV gives viewers an inside look at “Welcome Home 2025,” a $200 million project that will transform student housing on Eastern Michigan University’s campus. The episode also features an insightful interview with Dara Munson, chair of the EMU Foundation Board of Trustees, EMU alumna, and President and CEO of Chicago-based non-profit Family Focus.

The first segment of the new episode features University President James Smith, who leads a discussion of the new student housing initiative and provides an overview of the plan. As part of “Welcome Home 2025, ”the University and its partners will invest more than $200 million from 2022-2025 to construct new on-campus student housing, renovate existing housing, and demolish outdated housing. The project is designed to ensure that Eastern Michigan University students have access to quality and affordable housing with modern technology that meets the demands of today’s academic world.

The second segment features Dara Munson, the first African American woman to chair the EMU Foundation Board of Trustees. Munson discusses the priorities for the EMU Foundation and its philanthropic support of Eastern Michigan University students. She shares her goal of having a deliberate and intentional focus on diversity, equity, inclusion and belonging, and working with other trustees to embrace those values through all strategies of the EMU Foundation. She also discusses the University’s comprehensive fundraising campaign, Give Rise: The Campaign for Eastern Michigan University, as the campaign nears its $100 million goal.

Now in its fifth season, EMU Today TV highlights positive programs, events and initiatives at Eastern, and provides opportunities for viewers to learn more from University deans, faculty, students, administrators and alumni about activities at the University.