Series kicks off on Nov. 17 with "The Fight for Equality: A Conversation with Elders" and features Dr. Leslie McLemore, Dorothy Dewberry Aldridge and Marian Kramer-Baker 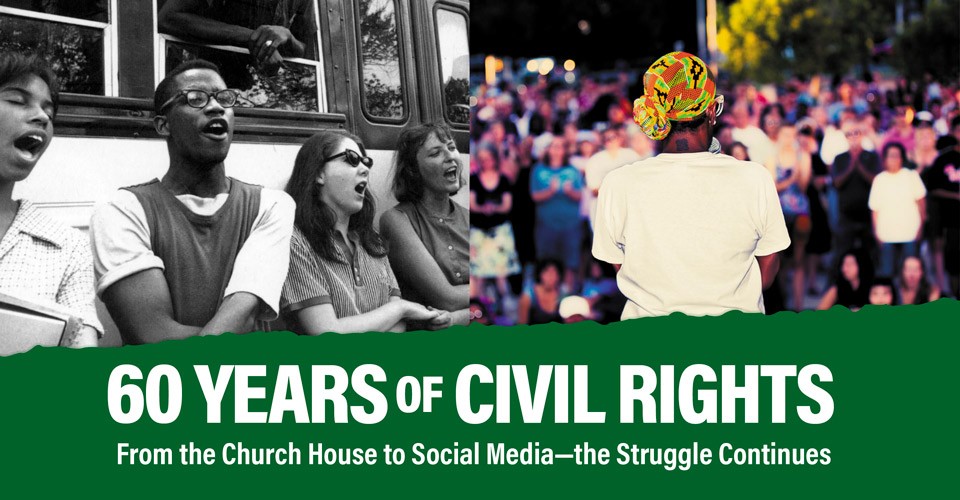 Barbara Patrick, professor and head of EMU’s political science department, says the event is an extension of University and College of Arts and Sciences efforts around diversity, equity, and inclusion.

“The speakers’ series is part of an ongoing process to engage the needs of the community’s diverse population, build meaningful partnerships and expand civil rights and social justice education,” Patrick said.

The Nov. 17 premier event, “The Fight for Equality: A Conversation with the Elders,” features keynote speaker Dr. Leslie McLemore, an activist with the Mississippi Freedom Project—also known as “Freedom Summer”—an effort to increase the number of registered black voters in the state. McLemore was also a member of the Mississippi Freedom Democratic Party (MFDP), which challenged the legitimacy of the state’s official delegation to the 1964 Democratic National Convention. The MFDP charged the Mississippi delegation had been elected outside the party’s rules due to the systematic exclusion of African American voters from the primaries. The event will be held on Thursday, Nov. 17 from 5 to 7 p.m. in Sill Hall Room 124.

McLemore, who is featured in the Mississippi Civil Rights Museum, received his doctorate in government from the University of Massachusetts, Amherst, and while there, helped establish the W.E.B. DuBois Department of African American Studies. He later went on to post-doctoral fellowships at Johns Hopkins University and Harvard University.

Two local activists, Dorothy Dewberry Aldridge and Marian Kramer-Baker, will join McLemore for a panel discussion following his address. Dewberry Aldridge is a Detroit native who began her activism as a member of the NAACP Youth Council in 1950 and worked with activists including Rosa Parks, Fannie Lou Hamer, and Ella Baker as a member of the Student Nonviolent Coordinating Committee.

Kramer-Baker is a Detroit-based activist who worked with the Congress on Racial Equality in the 1960s to register citizens to vote. She is the co-chair of the National Welfare Rights Union, and has worked to support gender, racial and economic equity throughout her life.

On Wednesday, Jan. 25, 2023, the series continues with a screening of “Neshoba: The Price of Freedom,” a documentary on the 1964 Ku Klux Klan murders of civil rights workers James Chaney, Andrew Goodman, and Michael Schwerner in Neshoba County, Miss.  Schwerner and Goodman, both white New Yorkers, and Chaney, a black Mississippi native, met while working for the Congress of Racial Equality in Neshoba County. The three were harassed and killed by KKK members from the local community, a group that included police officers and a Baptist minister.

The film will be followed by a Q&A led by Leroy Clemons, Executive Director of the Neshoba Youth Coalition, former President of the Neshoba County NAACP, former alderman at large for the city of Philadelphia, Miss., and community development coordinator for various initiatives throughout the Neshoba County region. Clemons led the movement that resulted in the reopening of the investigation into the murders of Chaney, Goodman, and Schwerner. In 2005, a grand jury charged Edgar Ray Killen with murder; he was ultimately convicted of manslaughter and sentenced to 60 years in prison.

The series’ final event on Wednesday, Feb. 15, 2023, is a panel discussion highlighting the civil rights and social justice movement today and will include EMU alumnus Marques Banks. A 2012 graduate of the University’s Political Science Department, Banks went on to earn his Juris Doctor at the Catholic University of America’s Columbus School of Law, and now serves as a staff attorney at the Advancement Project in Washington D.C., and as a volunteer for Law 4 Black Lives D.C. which, among other activities, trains volunteers to be legal observers at Black Lives Matter protests, to protect protestors’ First Amendment rights. He will be joined on the panel by activists representing cities and organizations throughout Southeast Michigan.

The speakers’ series is sponsored by the College of Arts and Sciences’ Civil Rights and Social Justice Center and the departments of Political Science and Africology & African American Studies. All events are free, and the public is encouraged to attend.