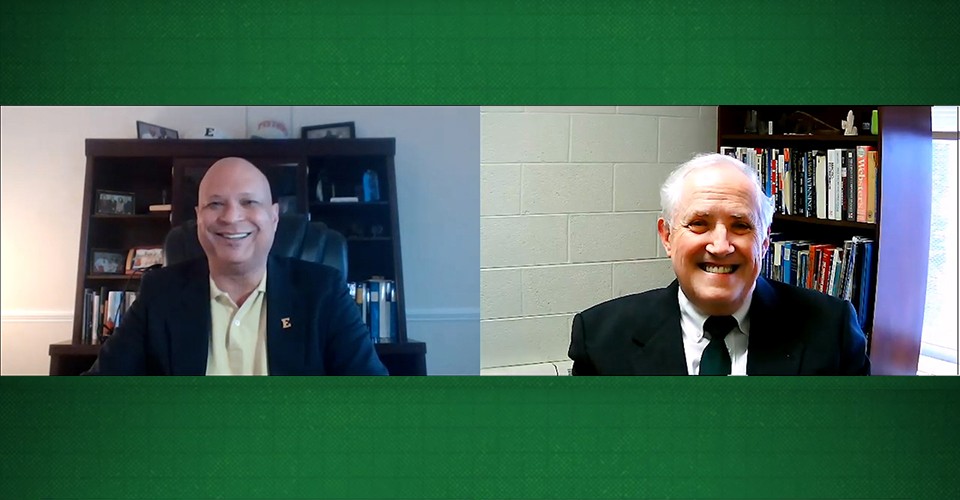 YPSILANTI --  The latest episode of EMU Today TV gives viewers an inside look at a new $1 million gift to the Eastern Michigan University College of Business, and outlines the University’s new Executive Certificate in Entrepreneurship and its $25,000 venture challenge for new startup businesses.

The first segment of the new episode features College of Business Dean Ken Lord, who discusses the recent $1 million gift made by alumnus Steve Klotz, President and CEO of the Huizenga Group in Grand Rapids. The gift, one of the largest ever to the College of Business, will be used to establish the Stephen J. Klotz Financial Learning Center.

Klotz graduated from EMU in 1977 with a BBA in Accounting. He began his career with Touche Ross and then joined the Huizenga Group in Grand Rapids, where he was ultimately appointed President and CEO.

The second segment focuses on a new program, developed by the Center for Entrepreneurship at Eastern Michigan University, to help aspiring entrepreneurs jumpstart their ideas. The Executive Certificate in Entrepreneurship is a unique eight-week in-person and online hybrid program that offers business instruction, professional coaching, mentorship, networking and the chance for participants to pitch their startup ideas for one or two awards sharing a $25,000 business expense fund.

Now in its fifth season, EMU Today TV, produced by the University’s Division of Communications, highlights positive programs, events and initiatives at Eastern.